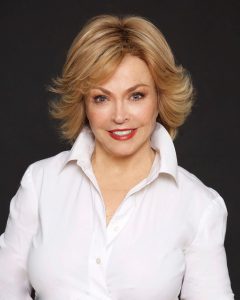 In Becoming a Dangerous Woman, Mitchell charts her path to power, from an early childhood on a cotton farm to the front lines of social, political, and cultural change, where she navigated the halls of power in Washington DC and Hollywood, traveled to war zones with Eve Ensler and Glenn Close, pressed Fidel Castro into making historic admissions about the Cold War, and formed powerful alliances with fellow media leaders like Ted Turner and Robert Redford.

Mitchell has become a dangerous woman, dangerous because she is willing to take risks to challenge the status quo. She issues an inspiring call to action for all of us to be braver, bolder, and better prepared to dismantle the barriers to equality in our own lives, and to embrace the risks necessary to create a more just and sustainable world.

In addition to credits as first woman president of PBS, CNN Productions and co-founder/curator of TEDWomen, and producer of award-winning documentaries and TV series, Mitchell also serves as president of The Paley Center for Media; co-founded the Connected Women Leaders Initiative; is chairperson of the Sundance Institute and The Women’s Media Center; is a trustee of the Skoll Foundation; and is an advisor to Participant Media. She lives in New York City and Atlanta.