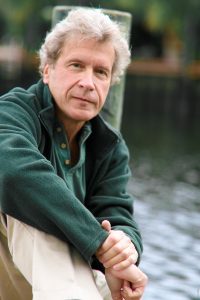 Recruited into the ranks of an international engineering/consulting firm as a young man, Perkins soon became its Chief Economist. His beat was Asia, the Middle East, and Latin America, where he promoted and financed huge infrastructure projects—highways, bridges, port facilities and the like—funded by the World Bank and other aid organizations. As part of the strategy, the debtor nations defaulted on the loans, leaving them beholden to the lenders, who extracted natural resource concessions and political favors. When the leaders of these nations did not cooperate, they were overthrown or assassinated. Recognizing the harm wrought by his work, Perkins suffered a crisis of conscious, leaving his lucrative position and eventually telling all in his NY Times and international bestseller, Confessions of an Economic Hit Man — more than 2 million copies sold in 35 languages. Today Perkins works in many of these same countries and speaks at venues around the world as an advocate for indigenous rights and spokesperson for their cultural wisdom. He has also written many books on indigenous cultures and shamanism and is a founder of the Pachamama Alliance. Come hear this fascinating story from a consummate storyteller, and his message of hope from indigenous peoples — especially those of Latin American jungles — still threatened by the very sort of developments he’d once promoted.