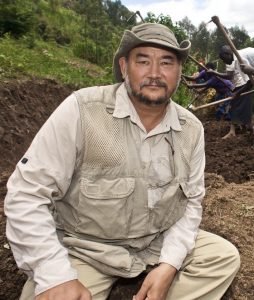 According to ecologist and filmmaker John D. Liu, it doesn’t have to be that way! Ecosystems are nothing if not dynamic, and while it may not be possible to go back to the way things once were, regeneration of impoverished landscapes is possible. It starts with ecology—a deep understanding of relationships among the various life forms—and designing interventions that can jumpstart nature’s restorative powers.

John D. Liu began his career as a television journalist, producing programs for CBS news and other networks internationally. In 1995, on assignment for the World Bank producing a documentary on China’s Loess Plateau, John learned that it is possible to rehabilitate damaged ecosystems. That assignment was a life-altering experience. Ever since, he has devoted himself to understanding and advocating for the restoration of degraded landscapes on a planetary scale.

John has produced environmental films for the BBC, National Geographic, Discovery, PBS and other networks; has held numerous academic appointments and fellowships; and is Ecosystem Ambassador for the Commonland Foundation, which catalyzes investment in large-scale restoration projects throughout the world. John’s published work can be viewed at Academia/John D. Liu.