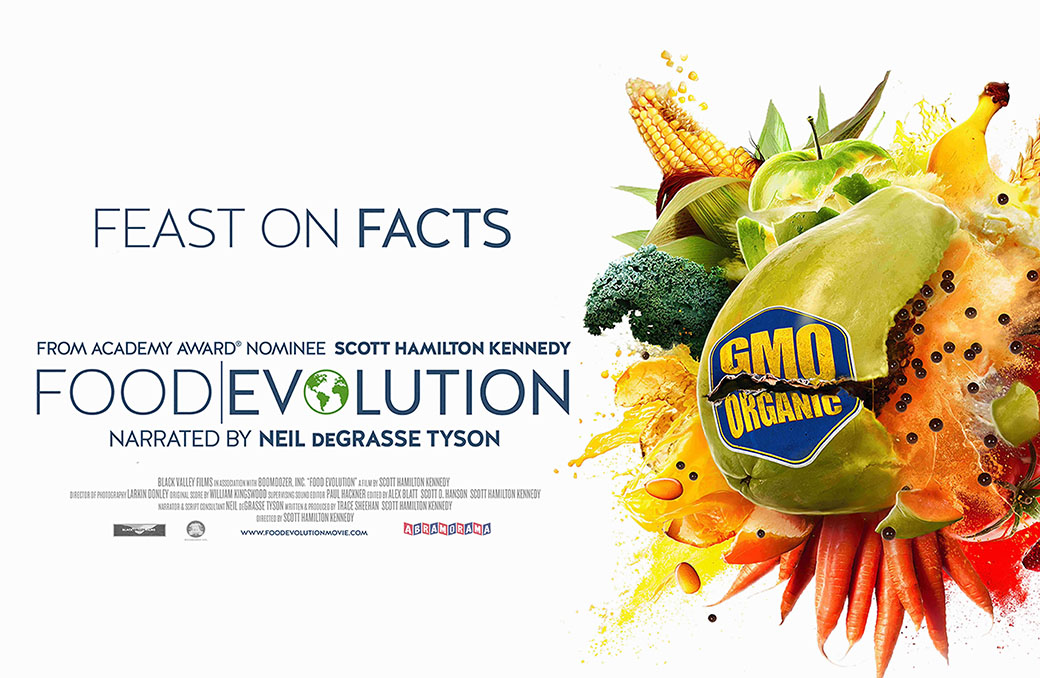 Amidst a brutally polarized debate marked by passion, suspicion and confusion, FOOD EVOLUTION, by Academy Award®-nominated director Scott Hamilton Kennedy (The Garden, Fame High, OT: Our Town), explores the controversy surrounding GMOs and food. Traveling from Hawaiian papaya groves, to banana farms in Uganda to the cornfields of Iowa, the film, narrated by esteemed science communicator Neil deGrasse Tyson, wrestles with the emotions and the science driving one of the most heated arguments of our time.

In the GMO debate, both pro- and anti- camps claim science is on their side. Who’s right?

Have a first look at the FOOD EVOLUTION trailer: bit.ly/FoodEvoFilm

For more information about the movie, please visit foodevolutionmovie.com

A polished and provocative call for activists to be as scientifically minded a they believe they are.
— John deFore, The Hollywood Reporter