Presentation with Q&A at 5:00 PM in La Casona Event Center.  Informal reception to follow, with complimentary botanas and beverages available for purchase.  250 peso advance tickets available online now or purchase tickets at the Boleto City ticket desk in Mercado Sano, upper level, starting two weeks prior to the event. 300 pesos at the door. 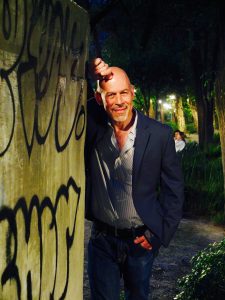 As President of the United States, Donald Trump has waged a war of words against undocumented immigrants from the south, referring to them as “animals, criminals, and rapists.” Meanwhile, studies show the opposite to be the case, that they’re far less likely to commit crimes than native born citizens.

Still, not all of them are innocent. There are about fifty Mexicans on Death Row in the U.S., and another hundred are facing capital-murder charges that could lead to the death penalty.

Since 2006, author and journalist David Lida has come to their defense with the goal of sparing their lives. He works with the accused’s legal defense teams as a “mitigation specialist.” He meets defendants in their jail cells and gets them to tell him their life stories. Then he fans out, retracing the steps of their lives, interviewing families, friends, colleagues, classmates, teachers and doctors. Many of their lives are marked by “mitigating circumstances” — extreme poverty, abuse, neglect, violence, mental illness — that could persuade a jury to leniency. In fact, in over twenty cases where David has gotten involved, not a single defendant has gone to his death.

David will share stories about some of the Mexicans he has defended, and the considerations — legal, cultural and practical — that are most important in their cases and appeals.

David is the author of four books: the short-story collection Travel Advisory, selected for Barnes & Noble’s Great New Writers Program; First Stop in the New World, a street-level view of Mexico City that received rave reviews from the New York Times and others; Las llaves de la ciudad, a collection written in Spanish for Mexican newspapers and magazines; and the novel One Life, based on his experiences as a mitigation specialist, praised by Ploughshares magazine.

When he is not writing or on a mitigation investigation, David studies psychoanalysis at El Colegio de Saberes. He also gives guided tours of Mexico City, where he has lived since 1990.