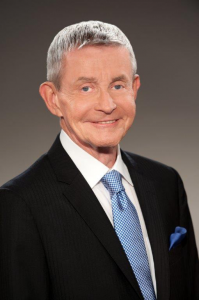 The torrent of criticism aimed at reporters and their media by the President and his White House staff may seem to be without precedent, but it is only the latest – though perhaps most pronounced – in a long history of Executive grievances against the press. Two hundred forty-two years after the Declaration of Independence and 227 years after ratification of the Bill of Rights, tensions remain over the nature and limits of free speech. This talk looks at Presidential discomfort with press coverage from the founding to the present with particular emphasis on the danger posed by current attacks on speech.

Bill Plante was a CBS News Correspondent for 52 years. He was White House correspondent during the administrations of Ronald Reagan, Bill Clinton, George W. Bush and Barack Obama. Plante was based in CBS News’ Washington bureau beginning in December 1976 and has covered every Presidential campaign since 1968. He also served four tours of duty for CBS News in Vietnam between 1964 and 1975.